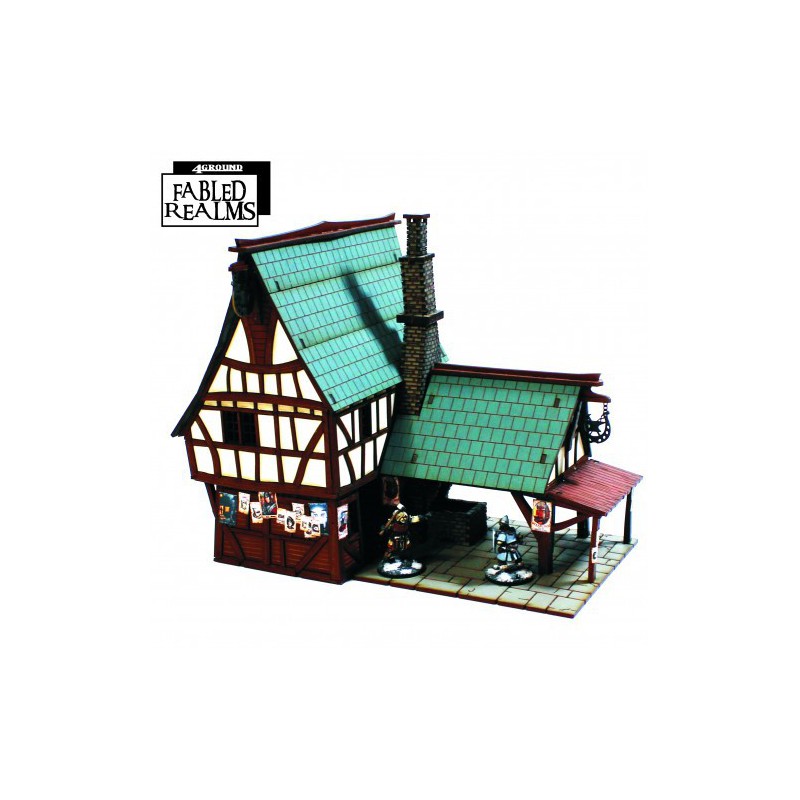 On the way to the port city of Mordanburg is the sleepy town of Sleevigval nestled in the Tueden Forest. This town is far enough away from the city to make it more than a good few days travel, this means that for the people living in the town and those travelling through certain amenities are necessary, one of these services is Halgar Aldinsnev’s blacksmiths. Halgar set up in Sleevigval after an altercation with the Mordanburg Guild of Master Craftesmen specifically Guilds’ Master, Lord Edremont. Halgar, known as the “Grey Hammer” from his days as a wondering battlesmith, is still highly sought after by adventurers that don’t mind upsetting Lord Edremont although Halgar often says “the problem with adventurers is that they want the best weapon or armour money can buy, but often they ain’t got the money!”

Sleevigval is far enough from Mordanburg to be at risk from roving bandits and if they dare attack, Halgar is not adverse to picking up his old battle hammer once again and joining the town militia.

This kit includes posters and coloured cork for coal to use in the forge.